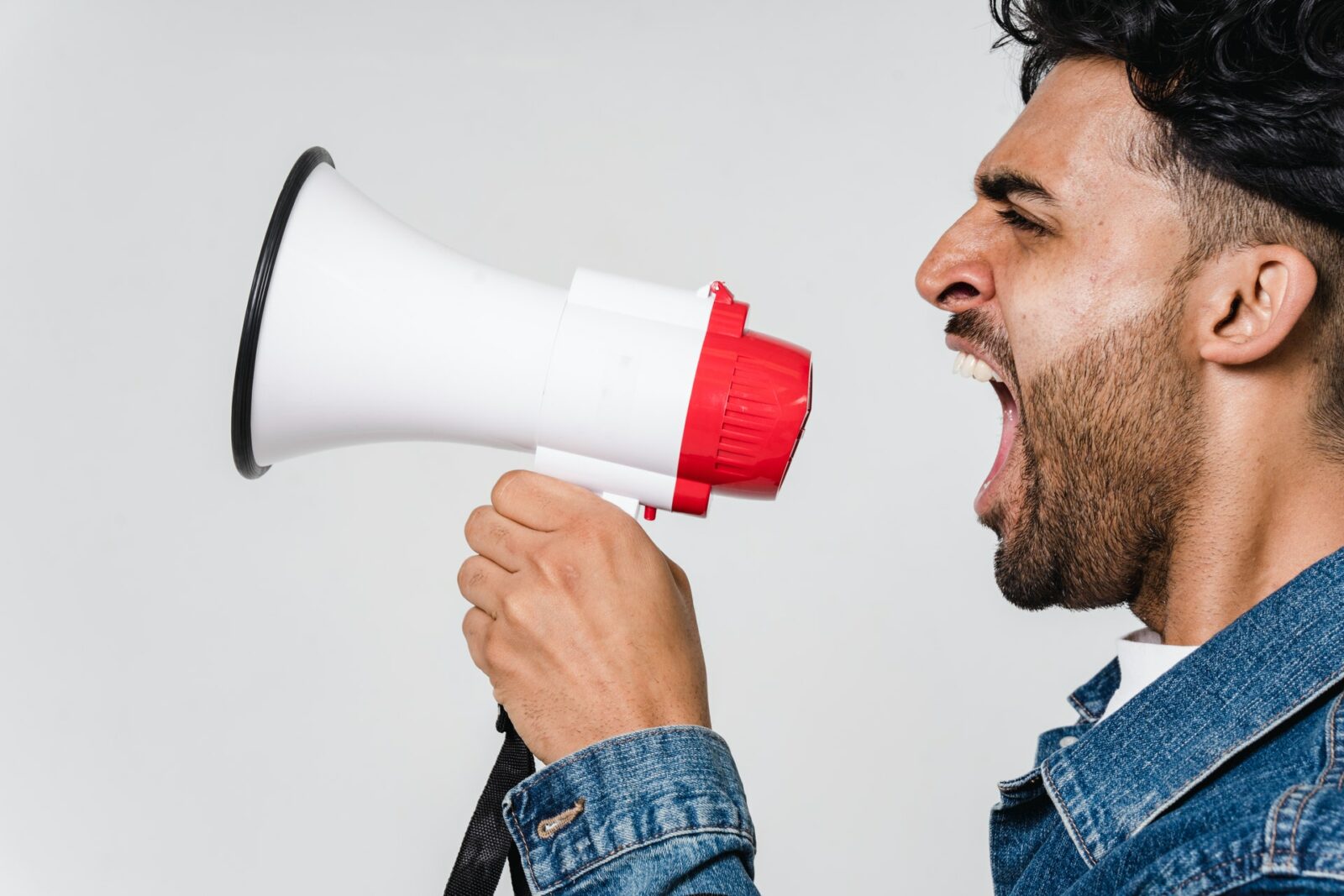 Okay, okay… I know what you’re thinking. Rhetoric in design? Rhetoric is what politicians do. There’s no place for rhetoric in design. Au contraire mon frère, every design outcome is rhetoric. When we create a product, service, or system, we are creating an argument for how something should be and how people should use it. Rhetoric is persuasion.

the art of effective or persuasive speaking or writing, especially the use of figures of speech and other compositional techniques.

While I won’t get into the weeds here to dig into rhetoric as deeply as I would like to, I will present an overview of rhetoric and how we can use it in design. Enter, Aristotle:

So, we’ve got three persuasive appeals: ethos, pathos, and logos. You can’t use all three in every situation to get what you want. But pick the right one for the audience you are trying to persuade and you will likely get your way.

Advertisers use these three appeals to full effect. The video below demonstrates this oh-so-well. Prepare yourself. You’re about to learn about tactics that have been used on you for decades.

Personalities, emotions, and statistics. These are three tools you can use to persuade others that your message is valid. Now that you know them, please use them for good and not to manipulate others for evil.

Speaking of manipulation… have you ever seen Groundhog Day? ArgueLab makes a compelling argument that Groundhog Day is the best rhetoric movie ever and I think they make a pretty good point. Watch this short video to see what you think about their argument that rhetoric can lead to understanding and love.

Matching Rhetoric with Your Audience

Audiences don’t respond the same way to every message. To create a message that aligns with your audience, you have to get to know what they value. I’ll put classical rhetoric into action to clarify.

A persuasive message that relies on the credibility of the speaker, is leveraging ethos. Advertisers often use ethos to support their messages. For example, an older actor like Wilford Brimley spoke for the American Diabetes Association—a move that built trust with folks because Wilford physically resembled people with diabetes.

Dennis Haysbert’s voice and stature, alone, instills confidence in Allstate Insurance. We trust him because he looks and sounds friendly and strong.

His credibility is definitely not based on his insurance expertise. He is simply a spokesperson for Allstate. You may even remember him as Pedro Cerrano from the movie Major League (1989).

The credibility of a speaker or source is often based on its reputation. Some people trust news from The New York Times (often regarded as a more liberal news source), while others will only believe news if it comes from Fox News (generally regarded as more conservative).

Joanna Gaines of HGTV’s Fixer Upper is an accomplished and successful Interior Designer. We trust her messages about interior design because she has been successful in that industry.

However, we would likely not trust her guidance on how to hit a softball. That’s not her jam.

When you design a message or write something that is supposed to convince someone of something, consider—will the person or entity it comes from be meaningful to the audience?

A message that is designed to get an emotional response from audiences leverages pathos. Political ads are notorious for appealing to voters’ emotions. For example, the “Daisy” ad from 1964 is a simple but powerful message from Lyndon B. Johnson’s campaign for President of the United States.

Emotional messages can be very effective for people who feel strongly about other people or an issue. This Hallmark ad taps into the emotional power of caring for others who may feel alone.

The ad taps into the memories viewers hold—memories that trigger strong feelings and emotions. The purpose of a greeting card is to share emotional messages, so pathos is an appropriate messaging approach for Hallmark.

Messages that make people feel can be very convincing—especially in matters that are themselves, very emotional.

Messages that base their credibility on logic or reason are messages that embody logos. These messages often cite statistical evidence or other historical events that support the message. Some audiences will only believe evidence; for these audiences, numbers rule the day. Check out how this video gives evidence that climate change is real.

Evidence doesn’t convince every audience. There are plenty of people who will ignore evidence and statistics but will trust messages that appeal to emotions (pathos) or come from a leader whom they trust (ethos).

If the audience you are trying to convince values evidence, position your message to present irrefutable reasons the message can be trusted.