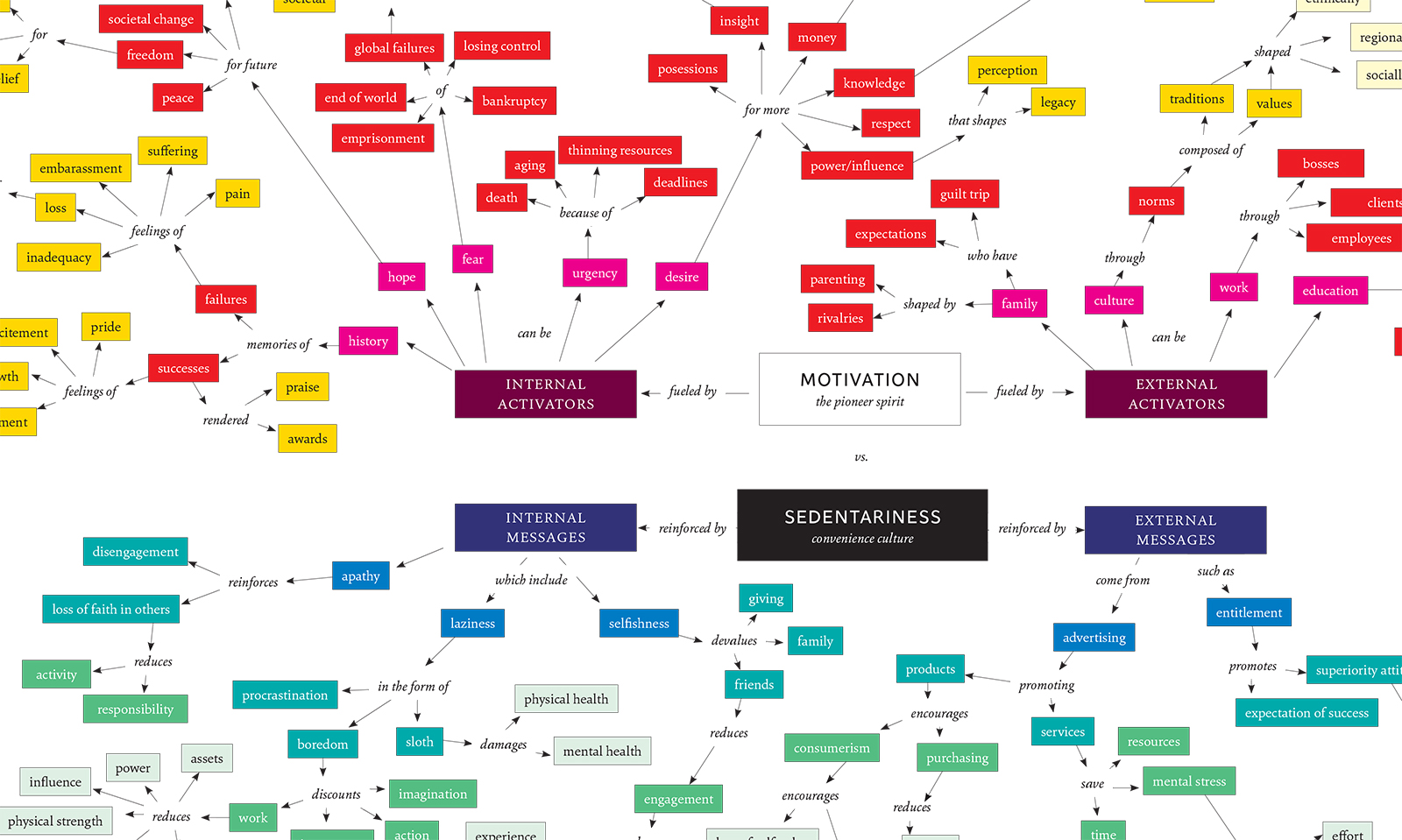 Concept maps help make the intangible, tangible. They show the spatial and relational distances between thoughts and ideas… and because they are visual, they often open up thinking and reveal unarticulated patterns.

A quick look at concept maps

Dubberly Design Office has created some effective and detailed concept maps. This article addresses some of the key features of concept mapping. Dubberly (2010) lists the following main steps in creating concept maps:

Some examples from the Dubberly Design Office: http://www.dubberly.com/concept-maps